Tesco have got the Christmas choccies on the shelves already, so why the hell shouldn’t I be able to have a Christmas edition Big Peat?! 🙂

I’m quickly running out of dram here, it’s very lovely to just sip away and loose yourself amongst the waves. A few drops added. Even more smoke intensity now. The citrus is not so muddled (sweet and sour) now and is more mellowed and lemony. The palate has some vanilla creaminess, and is even more oily and mouthcoating. The flavours now balanced out, with some added salty undertones enhancing the overall development, giving depth and distinction. Lots of maritime in the late development and finish, with that warming smile generating flavours doing an excellent job.

Lush stuff. Purely Islay. The strange thing is I wouldn’t have liked this 2 years ago, and now I bloody adore it. This is your Christmas present waiting. It probably won’t be around by Christmas time though, so maybe worth getting in now. This is a dram to have in front of the fire on a chilly evening.

Many thanks to Douglas Laing for the review sample.

Following on from last years highly successful ‘Scallywag’ Blended malt, we have the brand new Timorous Beastie from Douglas Laing. A small batch Highland Vatted malt is bottled at 46.8% and without colouring or chill-filtration!

Sweet and very floral up front. Fields of wild flowers and heather. Lots of honey and light peppery spices. Very intensely highland style, with quite a breathtaking punch on the nose, the extra alcohol content has been put to good use to carry some deep aromas through. Complicated sweet fudge, toffee and spiced honey. With time in the glass we get a touch of beeswax polish.

A medium length, Light, aromatic spicy honeyfudgetoffee lingers and fades into warming your chest. Pleasing a gentle aftertaste hangs around like you’ve been sucking on a number of toffee sweets for half the day.

A couple of drops added. An added depth of honeysuckle and various floral elements whilst retaining the heavy honey notes. The palate, while slightly reduced in intensity, has more balance and variety of accessible floral flavours. There is a wee touch of bitter treacle toffee in the palate also. The finish remains warming, satisfying and sticky toffee pudding like. Excellent to add a small amount of water to.

As much as I don’t like to encourage early drinking. This is a superb breakfast Whisky. Something to quaff alongside your porridge or cereal of choice on a lazy day. Very moreish. Elegantly sweet and flavoursome. A Whisky very representative of the highland style, gloriously laid back. Very high quality stuff.

Many thanks to Douglas Laing for the review sample.

Three Whisky blogging travellers taking route to explore the mystical island of Islay in the search for distillery glory and scrumptious drams. These are the records of that adventure.

On our quest from the West Country to a rest off at Glasgow it seemed silly not to drop into one of the newest distilleries in England.

Currently under extensive construction on the site of a Victorian farm in the Lake District near Cockermouth, the Lakes Distillery is shaping up to be a focal point of tourism and spirits creation. It’s in a beautiful part of the English countryside along side lake Bassenthwaite. Taking its water supply from River Derwent.

Currently nearing completion of the still house, the distillery will shortly start the production of their gin. The Lakes Gin will be flowing from the stills mid September. With the tuning and initial creation of their single malt spirit following closely behind. Initially some 130,000 litres will be running from the stills per year, with a total capacity of quarter of a million litres when in full production.

Paul Currie (Founder and Managing Director) was kind enough to show me and Steve around the development, the still house and on site demo warehousing. The still is newly installed and has an interesting feature if being able to utilise a choice of condensers. A traditional copper condenser and an experimental condenser constructed from stainless steel. The belief is prolonged contact of the spirit during distilling with copper can have a detrimental effect on the final flavour of the spirit. So, by experimenting with the alternative condenser, a significantly different flavour profile could be produced giving a variation on the distilleries final product.

For maturation some further very interesting experiments will be taken with non conventional wood types. As the Lakes Distillery is an English Whisky producing distillery, they are not bound to the requirements of the SWA, and so new and different woods (chestnut etc) can be utilised to experiment with the final flavour of the matured Whisky.

The Lakes Distillery intend to release these experiments as single cask releases when they are ready, detailing the type of spirit produced and the new and varied maturation methods utilised.

The Lakes Distillery also has a very cute pot still which is going to be used for their gin.

Some very exciting times lay ahead for this truly artisan Whisky producer and I can’t wait to experience the products throughout development and into the final released product.

Their current available Whisky, the One Blend, is one I have just sampled and you can read my review here.

An exciting start to our tour! Seeing the new, the future and upcoming birth of new born Whisky!

As day 1 of our trip came to an end we met up with mate and fellow blogger Tom Thomson and have a brief catch up with a pint of the apple stuff, then settling for a short sleep before our next day began. As rest beckons. The snoring started….STEVE!!! 🙂 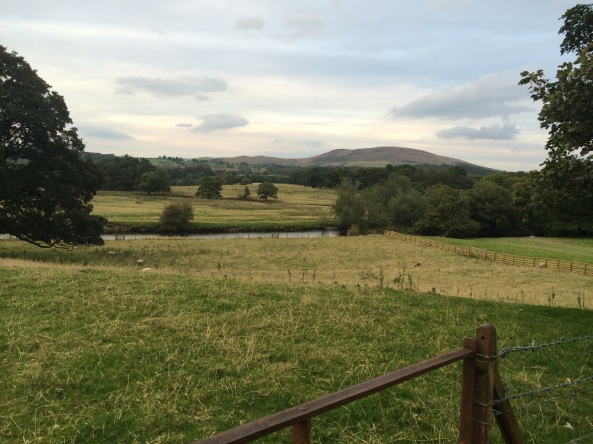